Welcome to YA Scavenger Hunt! I’m Kenzie Hart, your hostess for this leg of the hunt. You are currently hunting on TEAM PINK.

A little bit about me:

I’m the daughter of USA Today bestseller Jillian Dodd and graduated from the University of South Florida with a degree in Interdisciplinary Social Sciences: History and International Studies. I’m currently living abroad to travel and pursue my Masters Degree. You can find me in Edinburgh at the local coffee shop writing, reading, or planning my next adventure. 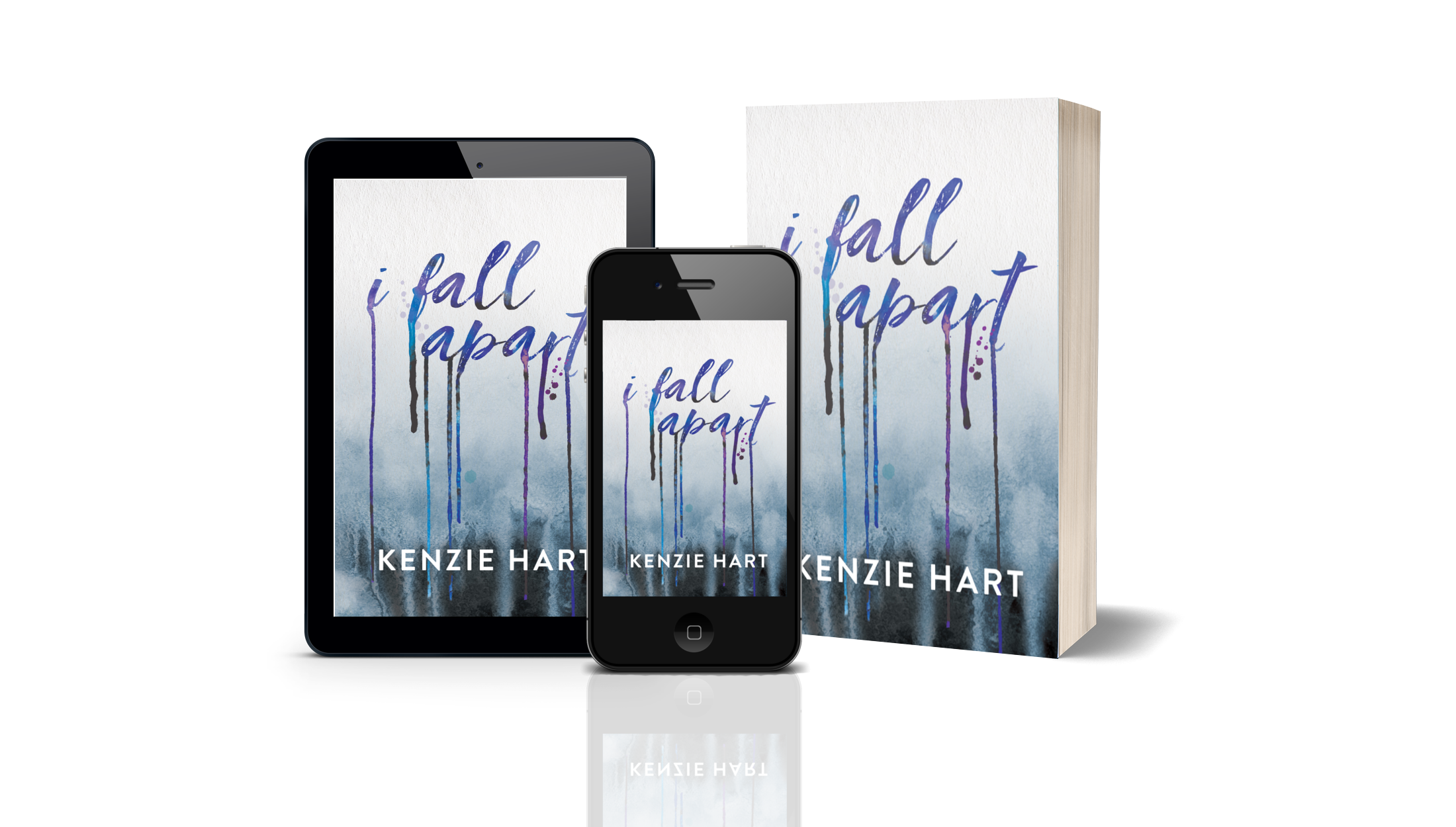 Looking for my exclusive bonus content? You’ll have to keep searching. Somewhere on this blog hop, I’ve hidden a sneak peak from my book, I FALL APART. This is one of my favorite reviews! “In this engaging and beautiful love story told in verse, Kenzie Hart takes readers on an emotional journey. From the happiness of falling in love to the sadness of heartbreak, this story will have readers engrossed to the very last word.”

ABOUT THE YA SCAVENGER HUNT:

This bi-annual event was first organized by author Colleen Houck as a way to give readers a chance to gain access to exclusive bonus material from their favorite authors…and a chance to win some awesome prizes! On this hunt, you not only get access to exclusive content from each author, you also get a clue for the hunt. Add up the clues, and you can enter for our prize–one lucky winner will receive one book from each author on the hunt in my team! But play fast: this contest (and all the exclusive bonus material) will only be online for 120 hours!

Go to the YA Scavenger Hunt page to find out all about the hunt. There are SIX contests going on simultaneously, and you can enter one or all! I am a part of the PINK TEAM–but there is also a red team, a gold team, a green team, a purple team, and a blue team for a chance to win a whole different set of books!

If you’d like to find out more about the hunt, see links to all the authors participating, and see the full list of prizes up for grabs, go to the YA Scavenger Hunt page.

Directions: Below, you’ll notice that I’ve listed my favorite number. Collect the favorite numbers of all the authors on the blue team, and then add them up (don’t worry, you can use a calculator!).
Entry Form: Once you’ve added up all the numbers, make sure you fill out the form here to officially qualify for the grand prize. Only entries that have the correct number will qualify.
Rules: Open internationally, anyone below the age of 18 should have a parent or guardian’s permission to enter. To be eligible for the grand prize, you must submit the completed entry form by October 7th, at noon Pacific Time. Entries sent without the correct number or without contact information will not be considered.
I’m hosting author Chad R. Odom on my blog for the YA Scavenger Hunt 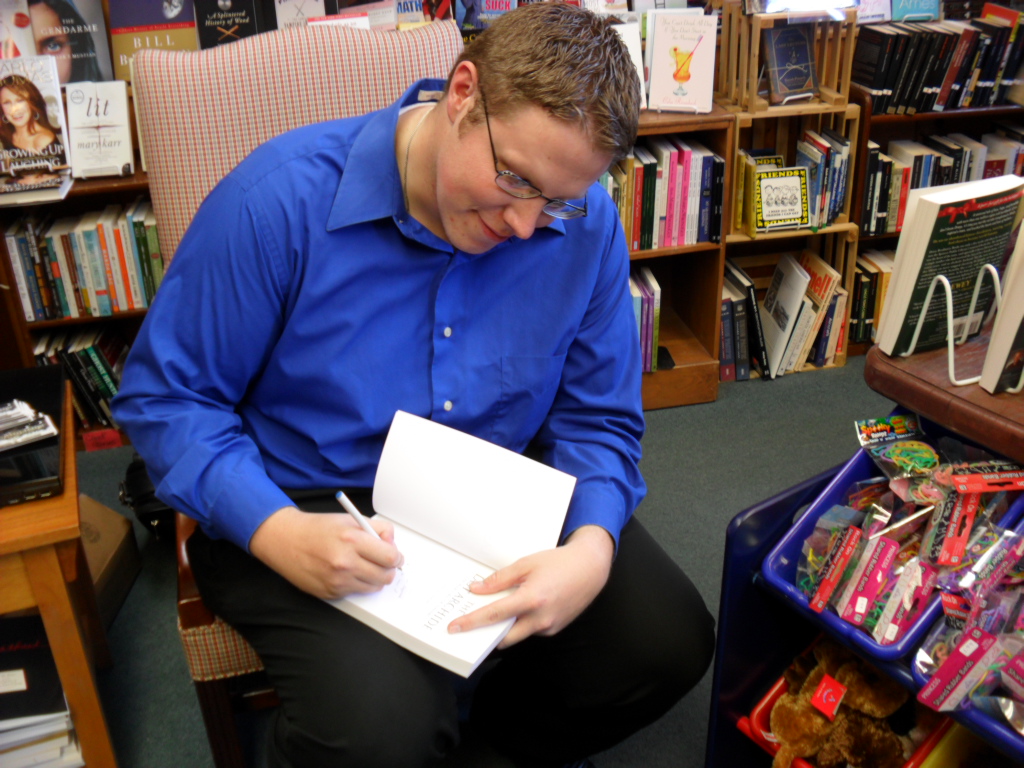 Chad R. Odom, just like many authors, hears voices in his head. He can’t contain the stories any longer, and is relieved to be releasing his first series–The Last Archide.

Chad was born and raised in St. Louis, but loves to travel. He met the love of his life in Las Vegas, and his wife Katie is his inspiration for his character Celeste.

He spends his spare time watching movies and doing a critique vlog with his best buddies. He also loves spending time with his sons and daughters, and serving his church and community. Find out more information by checking out the author website or find more about the author’s book here or connect with him on his website, Twitter, or Facebook page.

Chad’s offering us an exclusive interview with Oryan Jeckstadt, the main character from his book, Ascension. 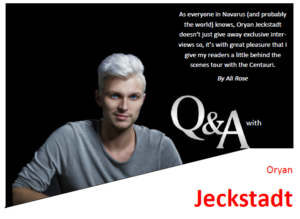 In the sports world, we hear the terms “phenom” and “sure thing” far too often to be comfortable with them. They’re thrown around so much, they almost become cliché. In fact, if you’re anything like those of us who cover sports, you know that hearing either of those two words makes you even more skeptical of the athlete.

Don’t get me wrong, it’s not the athlete’s fault. They could possess incredible talent but once an agent, team, manager, or whomever starts attaching those titles to someone, it’s almost impossible to live up to the reputation.

No matter how good they are, it’s important to remember, our sports heroes are still just people.

We’ll start with the basics. What’s your favorite color?

Red or brown. Not sure which one I like better.

Do you have a motto?

Sure. Some saying you live by?

If you had 3 wishes, what would they be?

I love music and I love to watch people who play. It seems like such a neat skill to have, I just don’t have the time to learn it.

If you had free time, how would you spend it?

Key word there is “if.” Honestly, I don’t know. Prob-ably just be a normal teenager, I guess, and do nor-mal teenager stuff. I’d love to just be a tourist.

Yeah, I mean I go from place to place so fast I never have time to see the sights, ride the rides, take a few pictures compromising pictures of my friends; you know, the tourist stuff.

On that note, what would be your prefect vaca-tion?

Anything that puts me in a place where technology can’t reach me! Probably climbing a mountain or sailing. It’s hard to say, I don’t have much of a frame of reference.

You mentioned your friends earlier. What do you think makes a good friend?

My dad used to say, “Choose your friends carefully because you can’t choose your family.” The friends I have are my friends because they’re genuine. They can be themselves around me and I can do the same. They’re like the brothers I never had, so I guess my dad was a little wrong. I get to choose some of my family.

What’s the quality you like most in the people you meet?

That’s a tough one. Probably humility.

Humble people are teachable. I struggle with that, so it gives me a model to follow, if that makes sense.

So, who’s your model? We all know the memory of your parents is big for you, but what living person do you most admire?

Yeah, that guy’s my rock. No matter what else is go-ing on, he’s got a smile on his face. He’s always got a joke or a smart remark or something to make every-one laugh. It’s just not possible to be in a bad mood around him.

Flip side. What’s the most overrated virtue?

I don’t think there such a thing. Virtues are the things that make life worth living. You can’t have too many of them.

You’re the most recognizable sports figure in the world. I see kids pretending to be you all the time. What do you say to those kids and others who want to be a Centauri?

Love the sport. It doesn’t matter if you’re good, bad or average, but you have to love it. If you love it, you’ll take more away from it than you put in and that’s what matters.

What makes you happy?

Man, that’s another good one. Having a family one day, I guess. That’s what I want when this is all over, so I’d say that’s it.

Do you have any regrets so far?

Overeating at a buffet.

I didn’t expect that!

I don’t know that I have any regrets. A regret is something you did or didn’t do that you’d take back, right? I mean, I wish I could see my parents again but that’s not really a regret. I heard a Centauri in the women’s circuit say if she changed anything she wouldn’t be where she is and I think she’s right about that.

Ok, no regrets. You’ve stood down some of the most feared men in the world. Any of them scare you?

Every single one of them.

Yeah, why do you think I knock them down as fast as I can? I don’t want to give them a chance to try and hit me again!

What else scares you?

Yeah, they’re terrifying. It’s hard enough to talk to them alone, then they travel in packs. You feel like a scavenger trying to pick off the weakest one when they separate from the herd or something. No matter what you want to say to them, the moment they actually give you any time, you can’t remember any of what you wanted to say.

I didn’t say that! Let’s not get crazy. You just asked what scares me and that’s it.

Last one, Oryan, I promise. If you could change one thing about yourself, what would it be?

Darker hair. Do you know how hard it is to keep white hair clean? 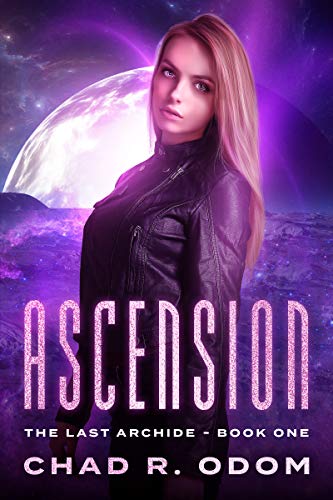 The war to end all wars is a spark away from engulfing the world in conflict and death. With super-weapons designed for Armageddon, world leaders preach restraint, but prepare to fight.

Oryan Jeckstadt is born into slavery-the result of an Emperor who secretly punishes his enemies with a fate worse than death. He is thrust into a brutal, but wildly popular sport with participants known as Centauri. Knowing his father’s freedom is at stake, he determines to be the best in the world.

After being orphaned, Elesya Celeste trains as a Centauri. Constantly placed in Oryan’s shadow, she strives not just to outshine him, but to eclipse him.

Unknown to them, powerful forces are setting them up to alter the destiny of the world. Some want them to save it and others to burn it down. Who to trust remains a mystery.

As the uneasy peace disintegrates, countries use Centauri victories as political influence. In this high-stakes environment, Oryan and Celeste are torn apart even as they are brought together.

Don’t forget to enter the contest for a chance to win a ton of books by me, Chad Odom, and more! To enter, you need to know that my favorite number is 7. Add up all the favorite numbers of the authors on the pink team and you’ll have all the secret code to enter for the grand prize!

Thank you so much for visiting my website!
CONTINUE THE HUNT
To keep going on your quest for the hunt, you need to check out the next author, DAX VARLEY! 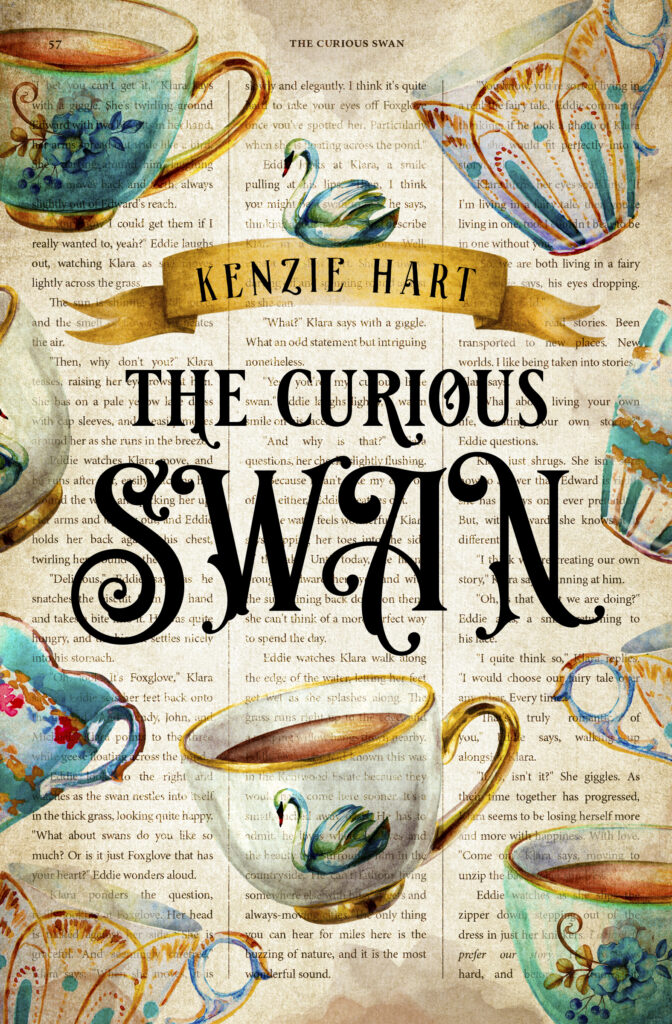 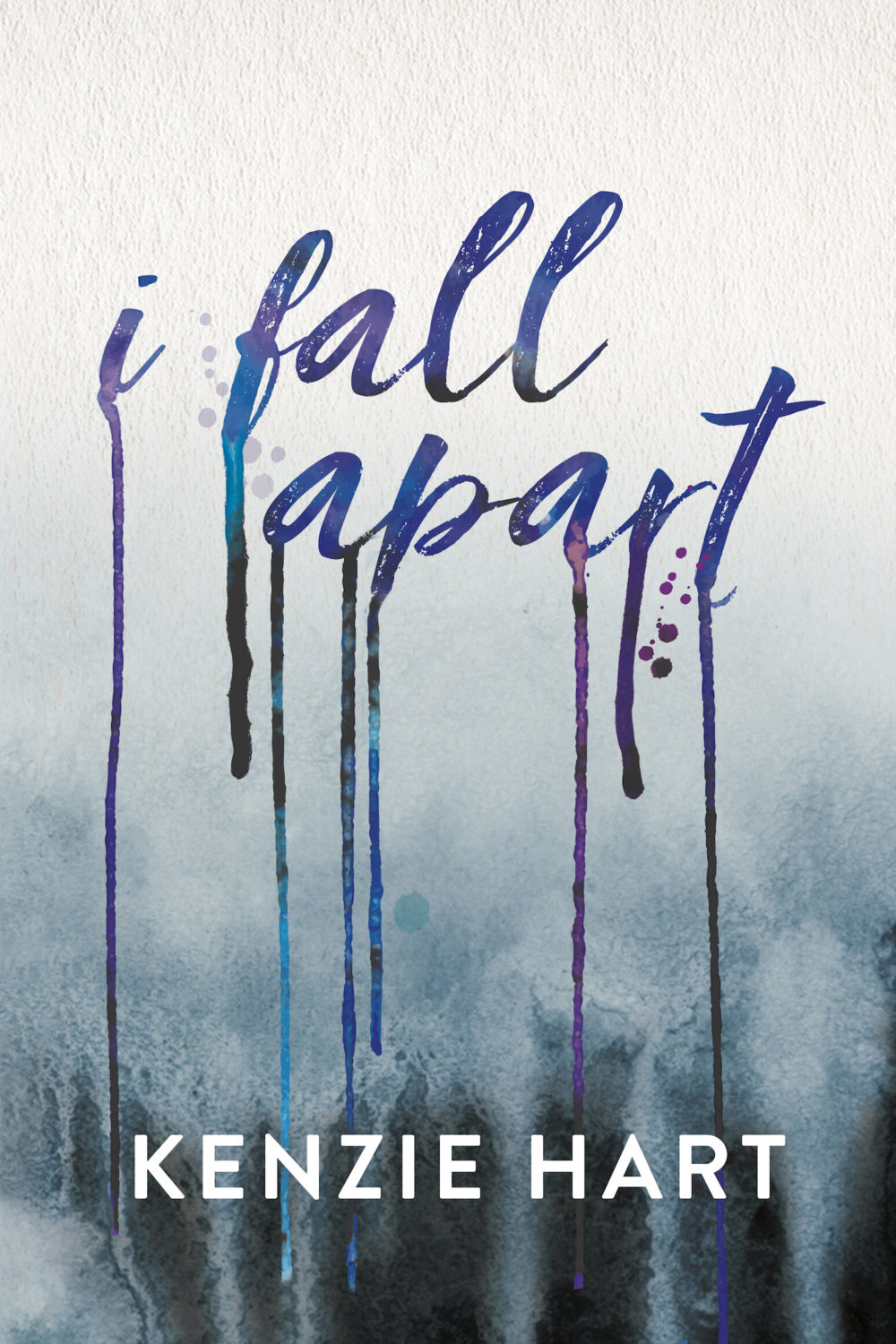